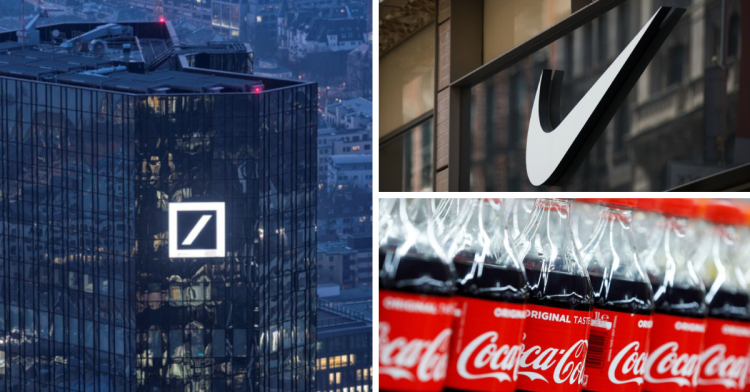 A Closer Insight on Brands That Follow “Think globally, Act Locally” in the MENA Region


Does “Think globally, act locally” mean just translating or localizing your brand features ─ website content, images’ captions, software elements, mobile apps. etc. ─ into the languages of your potential customers in Africa, Asia and the other continents (have we reached any consensus about their number?!)? Not exactly. We need to check further.

“Act locally after you think globally” is a rephrasing, which might point to localization. Even though it’s only a single part of the entire process of internationalization, any successful global brand needs to localize ─ which means that your business should work on adapting your products and services so they meet the needs of a specific language, a particular culture or a looked-for population.

I remember that I heard, at a chocolate brand event a few months ago, that “Think globally, act locally” means something else, which they’ve described as website localization. At the global event, the well-known chocolate brand executives described website localization as the process which their company is following to adapt their corporate website to multiple local languages and cultures in multiple target markets.

In response, the CEO of the main chocolate brand’s competitor, who was present at the event, showed an envious body language. It happens!

However, we may complain that the chocolate brand executives’ definition might have diverted us from the common understanding that “Think globally, act locally” could mean something else ─ globalization!

The Core of Global Branding

Since I was born the term “globalized world” has always meant “Americanized world” ─ at least to me and 4 billion other people. Yet, of course, I might have been exaggerating as I, and the other 4 billion guys, have always been defining globalization as a mix of Kentucky meal blended with Apple Mackintosh PC and Bob Dylan’s album (rumor has it that Bob won the Nobel Prize three years ago in Literature, not singing!!!). It happens!

However, the indisputable truth is that globalization is by no means Americanization and should never be so. Also, “Think globally, act locally” is, and will always be, the essence of global marketing as well as the foundation for the success of global brands. Therefore, let’s forget Kentucky, for now, to see which is which. We need to have a look at what the following big brands are doing on the ground to really “Think globally, act locally”.

Everybody knows Coca Cola, and marketers all over the world regard it as a typical example of a brand that really thinks globally and acts locally.

In India, Coca Cola sponsors the “Support My School” initiative to improve learning facilities at rural schools. In Egypt the awesome brand built around 700 clean water installations in one rural village. Across the Middle East, Coca Cola sponsors meals for children in the fasting month of Ramadan. It’s an example of an international brand that focuses its marketing efforts on small community programs and small-scale charity efforts.

Now, let’s look at a global brand from a regional, or local, viewpoint. Do you mean Nike?

Yes, we definitely mean the American multinational corporation that is engaged in the design, development, manufacturing, and international marketing and sales of footwear, apparel, equipment, accessories, and services.

Despite its global reach, Nike surprised Muslims all over the world last year when it introduced  the “Nike Pro Hijab”, a performance hijab for Muslim women athletes ─ which was meant to position Nike as a great brand that believes  in the nobility of sport that shouldn’t differentiate between any gender, color, or race. With this, Nike has done a great job in the arena of awesome brand marketing. Big bravo!

It’s time to think German and look at a German example.  Even though Deutsche Bank, the seventeenth largest bank in the world by total assets, is a German cosmopolitan investment bank with operations in 58 countries, the bank’s global marketing effort is strikingly local.

In the Middle East, for example, Deutsche Bank is basing its brand marketing strategy on achieving growth in the market of credit cards through forming alliances and partnerships with local retailers and associations. At Kuwait, for instance, the bank has formed strategic partnerships with big players in the retail sector

Localization, no doubt, is the part of global marketing that represents it more than any other tactic.  If our review of the above global-turned-local brands has paid off, we’ll definitely have to make a quick U-turn to the trendiest global marketing tool ─ localization.

Can any global software giant (do we mean Microsoft?!) do without partnering with a professional translation and localization company that will adapt its software products so they meet the needs of multiple foreign audiences both linguistically and culturally ─ not to mention legally?!

Moreover, in a world that is frantically going mobile, where the app economy is expected to reach USD 189 billion by 2020, can mobile application producers ignore the shortest route to global success? Can they ignore the golden opportunity to boost their global visibility by asking language service providers to localize their mobile apps to multiple countries and multiple languages so as to increase downloads and increase their international revenue?! It doesn’t happen at the best of families, never!

An ISO 17100 certified language services provider, Torjoman has been over the past quarter-century delivering first-rate translation and localization services to major clients in the Middle East and North Africa ─ who rely on us due to our  company’s key strengths: our policy of strict confidentiality, our team of expert translators & localizers, together with our customer-oriented processes and workflows.