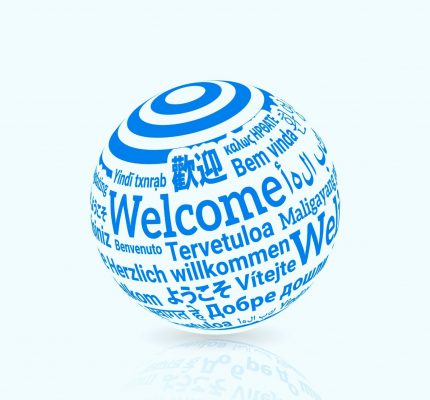 Should Company Names Be Translated?


In an age of brand competition, company names, absolutely, add to any business’s reputation. Therefore, selecting brand names for companies is not an easy task.

When exposing your product overseas, you have to localize it first to meet the target market requirements. However, during the localization process, considering the impact of the name of your product should not be discarded.

Steps for Translating a Brand’s Name

When a translator is about to localize a product and translate its name, he has to do the following steps before proceeding further with the translation:

1.Communicating With The Client

A translator has to discuss the matter of whether he/she should process with translating a company’s name or not offering the client his/her insight and listening to client’s point of view.

Translators should dive a bit into the target market before deciding to translate a brand’s name or not. They have to learn about customers’ preferences. Lingual, religious, legal, and even habitual differences. Torjoman has a team of native speakers that can come across many cultures to ensure the consistency of your brand identity worldwide.

The most important thing any translation agency should do is knowing to whom they are addressing the product. They have to get a thorough knowledge about the behavior of your target customers.

For instance, in China, a dragon is a symbol of authority and nobility, and that is why many company names in China include it. However, in the British culture, a dragon stands for an evil legendary animal.

In discussing the matter of either translating a brand’s name or not, a trusted translation agency has many options to offer. Torjoman offers you the highest quality translation services in more than 120 languages.

When we look at Starbucks’ Gingerbread Latte, we will find that the product failed at first in Germany simply because the audience did not accept it. The company soon took an action and the name is translated into German, since then the product has been nicely received.

However, this is not the case for many companies like Apple. Can you imagine using another name for the “Iphone”? Definitely, not. Here, the product itself really adds value to the identity of the company and increases its vitality.

Sometimes, the company’s name is not appropriate for the target country for many reasons, among which are the following:

In this context, translation is focused on the meaning and the message behind the original name of the product.

E.g. When Mitsubishi Motors wanted to introduce its product “Pajero” to the Spanish community, it found out that the name means something rude and unacceptable in their language. Hence, the name is changed to “Montero.”

Transliteration can be done through three methods:

The most creative example of a good combination of translation and transliteration is the “Coca-Cola” company that changed its brand name in China to be “kě kǒu kě lè”, which means ‘to permit the mouth to be able to rejoice’.

To wrap up, there are many factors translation agencies may encounter when translating company names.

Torjoman relies on a group of professional localizers who are able to make your content sound genuine to the target audience.