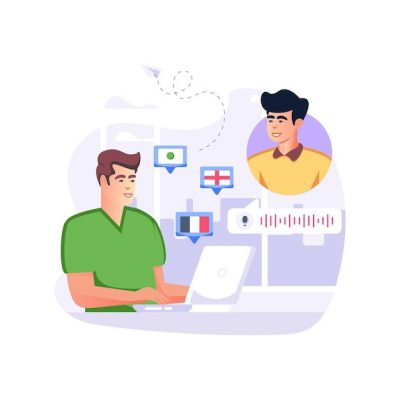 Voice-over Translation: What Are the Challenges?


Localization has become more prerequisite nowadays due to the increase of globalization and the huge demands from businesses to reach international markets. A variety of language services have been recently introduced to break the barriers of cultural differences.

What Is Voice-over Translation?

A voice-over translation is an audio-visual translation in which an oral script is translated and then recorded over the original audio that is heard in the background. In most cases, the voice-over artist should be native in the targeted language to ensure that he/she speaks its right accent and addresses perfectly its local market. This type of translation is usually used in news reports, documentaries, and interviews in countries where subtitling is not dominantly used.

In this type, the source script is totally replaced by the recorded translation. This is commonly used in movies and series.

This technique does not require an accurate translation of the original text. The actor has the authority to reformulate a narrative to explain whatever is happening on the screen in his/her own words.

In this method, the audience can hear the voice of the original speaker for a few seconds, and then the authentic voice volume is lowered allowing the voice-over translation to be on top.

This method reverses the voice of the original speaker with the voice-over actor’s voice. The new speakers replace the original words with their native language bearing in mind not to miss any original points.

The challenges of Voice-over Translation

There is no doubt that the process of voice-over translation is time consuming. The following are the steps of the process:

Since the process of voice-over translation seems to be long and complicated. Organizing tasks during the process is necessary in order to avoid any delays in the project. Any voice-over process has to have at least the following roles:

Selecting the right agency for your project is essential to ensure that it will be given a competent and timely workflow.

In order to achieve a successful voice-over translation project, you should select the right talent. It is preferable that he/she is native in the target language to efficiently deliver the message to the audience. A native speaker is aware of his country’s jokes, idioms, slang…etc.