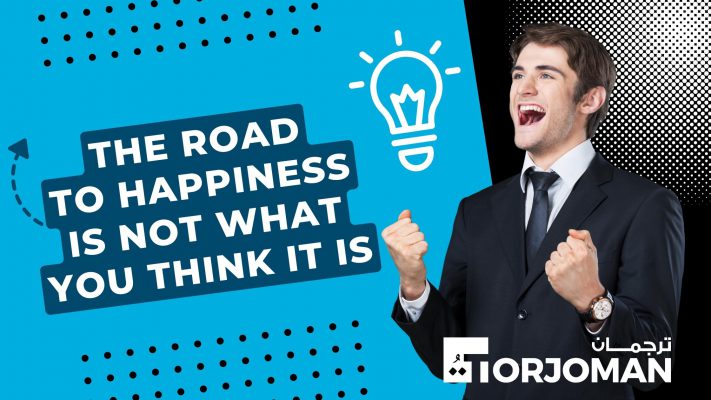 The Road to Happiness Isn’t What You Think It Is


And by resolving this one issue, you may be able to get there sooner than you think.

Psychologists have been investigating what makes individuals “happy” for a long time. In other words, the technical word is “subjective well-being,” or a person’s personal assessment of their happiness — and who cares what anyone else thinks?

Winning the lottery? Early retirement? Lounging on the beach for weeks on end? So, what did the psychologists discover about the reason of the individual’s happiness?

Surprisingly, no. Dr. Timothy A. Pychyl, a psychology professor at Carleton University, writes in Psychology Today:

“The psychology of action and personal goals are the prevailing view, which demonstrates that achieving meaningful goals has a key role in the development and maintenance of our psychological well-being. We are happier emotionally and more pleased with our life to the extent that we are making progress toward our goals”

To put it another way, we’re happiest when we’re making progress toward a clearly defined goal. Regarding Mihaly Csikszentmihalyi’s book, flow state, he investigates this phenomenon. As he talks to athletes, entrepreneurs, artists, and other top achievers about what it’s like to be “in the zone,” where time slows down, the outside world fades away, and only the job matters.

So, what causes people to be unhappy? Actually, the shortage of funds and the lack of time don’t affect one’s happiness. It’s the lack of a defined target to aim for that affect people’s happiness in the first place. Money isn’t an issue when you have a clear aim in mind. It doesn’t matter whether you’ve failed before. Progress toward that aim is all that matters.

This was something I saw during my personal growth. During my lowest point, I was working from home in my chilly basement in rural Pennsylvania with a plastic paint bucket for a chair. I was in a bad mood. But something interesting happened when I abandoned all but one of the enterprises. I was ecstatic, completely immersed in the moment, my gaze laser-like fixed on the prize.

Nothing tangible had changed in that basement, from that dreadful refrigerator to that agonizing paint bucket. I continued to despise them. What had changed was that I wasn’t as unhappy as I had been. I had a task to complete. Then in less than a year, I grew that company to six figures, and in less than four, to seven figures. Now that I’m in Florida, I’m able to sit in a good office chair. It is very relaxing.

Sailors without a rudder

“Zone,” as described by Csikszentmihalyi, is rarely found by most people. Instead, they exist in a confused anti-zone with no clear objective. Most of their decisions are made for them by their bosses, and they work obediently, if not cheerfully, toward someone else’s purpose. However, they may race around like hamsters on a wheel in order to feed a family or save for retirement, with the only goal of avoiding financial catastrophe.

In their personal lives, they turn to Netflix and new toys seeking for happiness. But lacking the one thing that can provide it: a defined objective to work toward. They’re like sailors without a rudder when it comes to starting their own business. They go in a million different directions when they’re left to their own devices, only to finish up back where they started, more frustrated than ever.

I can usually detect who hasn’t defined the problem during my Q&A calls with my pupils. They start telling a rambling anecdote when it’s their turn to propose a question. I frequently cut them off respectfully and ask, “What’s the question?” out of respect for everyone’s time. And the question is usually, “What do I do?”

There isn’t much to work with here. Clearly, the issue has not been defined. I occasionally gain an insight into their lives and discover complete chaos: a hectic kitchen; an unmade bed; a million apps on their phones bombarding them with notifications; halfway through 16 online courses; 12 pages into five books with six more on the way from Amazon; five half-baked businesses launched and ideas for ten more.

It is now evident what my role as a coach is. To begin, assist them in simplifying their lives and reducing their activities and surroundings to the bare minimum. After that, assist them in defining the issue. Determine the single goal they want to achieve, and then outline the single method that will bring them there.

Once they’ve defined the issue, psychology and SWB take over and begin to work their magic. Their morale improves by 1,000 percent, as does their motivation to actually complete the work, once the confusion is removed and replaced with clarity. After all, they now understand exactly what they are expected to do and why they are required to do it.

The majority of my pupils want to build a successful company and achieve financial independence. That’s something I understand. If this is the case, there is an easy fix: make a profit. Websites, business cards, and email autoresponders are all pointless if you never sell anything.

Isn’t that simple? That’s not the case. Product-market fit is required to close a deal. So, I tell my students that the first thing they should do is confirm product-market fit. Your work is already 90% done once you thread that needle. There are three steps to ensuring product-market fit:

That’s how you know you have a product that’s in such high demand that customers are willing to pay for it before it’s even developed — simply to get a chance to use it first.

Set aside everything else. All you have to do now is fix that problem, and you’re good to go.

Certainly, after you have found a solution to this problem, you should study the characteristics of your audience well, their average age, gender, country of origin and language. of course, if their languages ​​are different then you should communicate to each audience in their own language. If your clients are in Dubai for instance, you have to speak to them in Arabic, in this case, you may need to use translation srevices in Dubai to achieve this.